In case you are mesmerized by CNN’s new show with Stanley Tucci, Searching for Italy you might be interested in more information on this unique, beautiful and often underrated city. This past Sunday night, he visited Bologna and the Emilia-Romagna region. When you think of Italy most people think art, history, gorgeous landscapes and FOOD! Bologna has a very large student population as it is home to the oldest university in the Western world which keeps it a vibrant city. It is famous for many things but the food is not to be missed!

The city of Bologna is a foodie paradise! The old centro storico is lined with ancient shops with the most amazing fresh cheeses, meats, breads, oils, vinegars and wines. OKAY to be totally honest we tried everything! First stop was a small shop our guide brought us to where we sampled mortadella on freshly made small baguettes.  We never tasted anything like it! If you think mortadella is bologna you are seriously mistaken.  My husband was hooked and has been on the hunt for some ‘real’ mortadella ever since we came back. 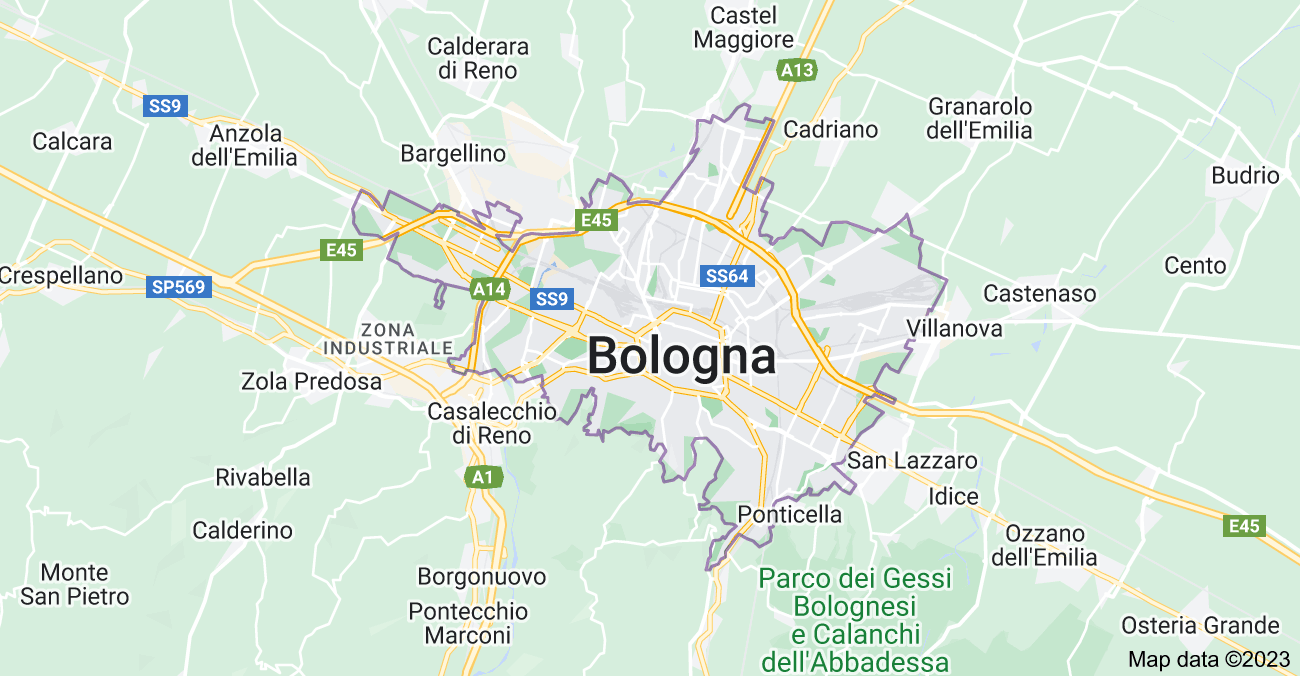 From there we had Parmesan cheese, my weakness, we tasted balsamic vinegars, (checked!) and shipped lots home.  Of course, olive oil, biscotti etc. Then to add insult to injury she brought us to a wonderful little restaurant for a lunch we will never forget! Da Cesari, a Bologna staple since 1955. If I remember we had the best tortellini en brodo ever!The original Eataly is located here in the centro storico too.

You may know Bologna as the home of the Two Towers {(Le Due Torri Asinelli Tower (right) and Garisenda tower (Left)} and as the capital of the Emilia-Romagna region of Italy.The two Towers- Le Due Torri, made famous by Dante in The Inferno tower above the city. Towers were a symbol of power and wealth and you see this all over Italy, especially in towns like San Gimignano. It is possible if you are up to climbing 500 steps one of the towers, Torre degli Asinelli is open and provides commanding city views. ( see above) Not for me!!! Too claustrophic 🙁

The city’s architecture consists of towers, churches and those famous porticoes.  Early in the 13th century all walkways were covered so in the rain you could walk and stay dry all around the city – like umbrellas! Ingenious!

This is a lively college town and an easy train ride from either Milan or Florence. You arrive right near the center of the city basically near the Porta Galliera and the Piazza XX Settembre an easy walk to the historical center. Pass right by the bronze statue of the Italian General and politician, Giuseppe Garibaldi and across the street the theatre.

Don’t just confine yourself to only the historic center. Walk out into other neighborhoods and explore. There are many churches, restaurants and shops to experience away from the crowds.

Maybe stay in an ancient tower now a B&B!

The town center is Piazza Maggiore and the adjacent Piazza del Nettuno.  All of this town’s important buildings are around these two squares but please don’t just confine yourself to this small area.

The Basilica began in 1390 and still isn’t complete.

Like many cities if shopping is your thing head to Galleria Cavour to check out top designer labels.

On our way back to the train we cut thru the Giardino della Montagnola while dodging oncoming rain.

Did you know Bologna had many canals like Venice? I bet you didn’t! You can still get a glimpse of them today on Via Piella.

Bologna is totally worth either a day trip from Florence or Milan but we wished we had stayed at least one night.  Most towns really reveal themselves after the day’s crowds are gone and make for the most memorable experiences.  Lastly, I cannot stress enough the benefit of using local guides.  Their knowledge of history and local food and events is invaluable and they are well worth the money.  You miss so much otherwise that you just can’t get from guidebooks alone. We never would have found this hidden gem without a guide! Look at all those family crests! there were thousands of them!

We also saw the remains of the original city walls. Ancient history right at your feet. Very moving.

If you want to read about other areas in preparation for an upcoming trip here are some links to get you started.  You can search my blogs by town if that makes it easier. If you need help I can refer you to a few agents who specialize in Italy 🙂

About the Author: Robin Lensi

Tourism photography: I work with clients to promote their locations to entice more visitors thru inspiring professional photography while capturing the magic of a location. That is my passion! Photography is about telling powerful stories that engage and attract the audience to establish a connection to a place that is tangible so others can see, feel and desire to truly experience its magic!